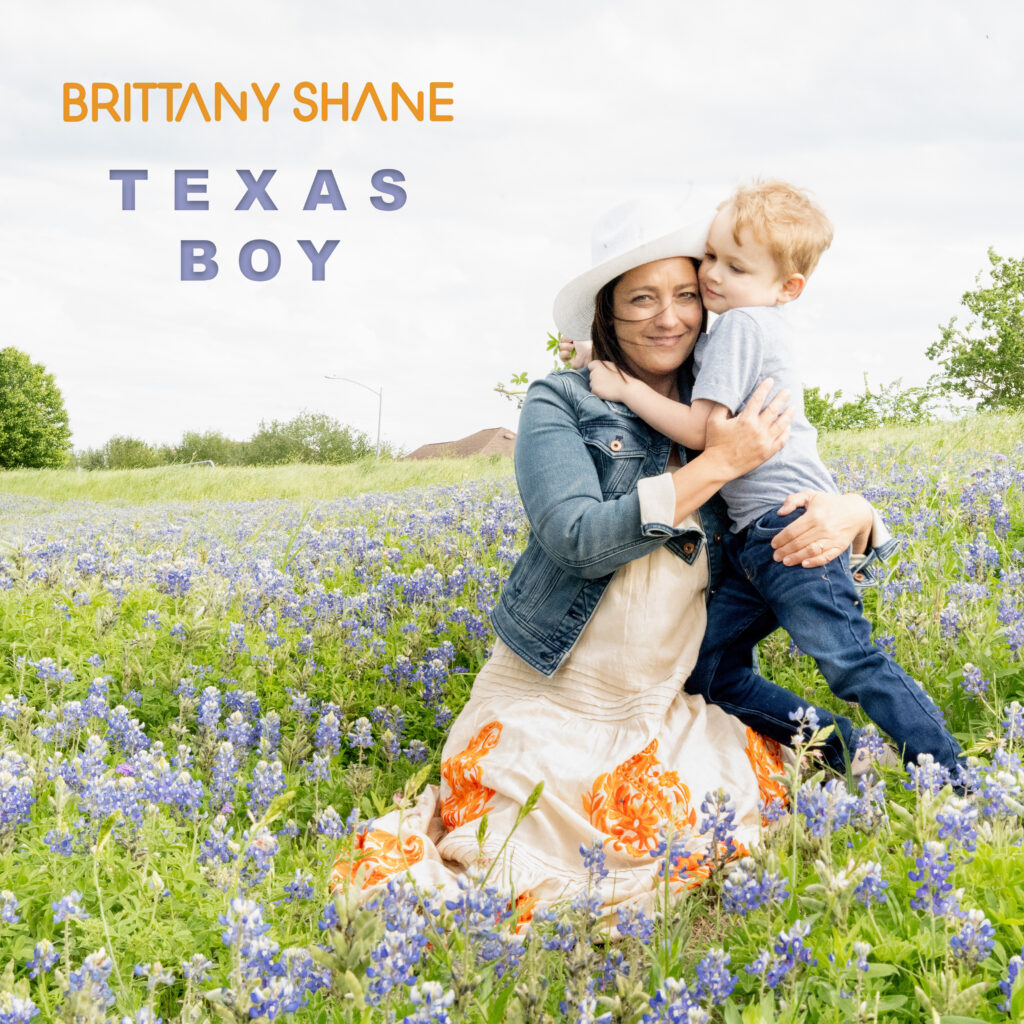 Austin singer-songwriter Brittany Shane will release her latest single “Texas Boy” on Saturday, October 16th, the same day she performs at Becker Vineyards for the Becker Lavender Festival in Fredericksburg, Texas. The annual event runs from 10am-6pm and includes vendors, food, wine and live music. The sweet, heartfelt song was inspired by Shane’s 5 year old son Oliver and the experience of watching him grow and knowing one day he would be an adult and might move away. It’s a reminder of the precious memories they shared and that he will always have a home with her here in Texas, no matter what.

“Brittany Shane a wonderful singer / songwriter that writes about life experiences to which everyone can relate.”

While her past albums have mainly dealt with the themes of love, loss and strength, Shane’s sixth full length features a new major inspiration- her young son Oliver. “Where’s The Moon?” simmers with honeyed visions of childhood innocence and “Texas Boy” is a smile-inducing lullaby, brimming with love for a child and an adopted home state. Shane’s sweet and clear melodies shine throughout a collection of songs that begs to be heard through headphones. Look for her new album due on early 2021.

Someday stop stand still in the breeze ooh
But you’ll only see a home, home near me

*Lyrics and music by Brittany Shane ©2021